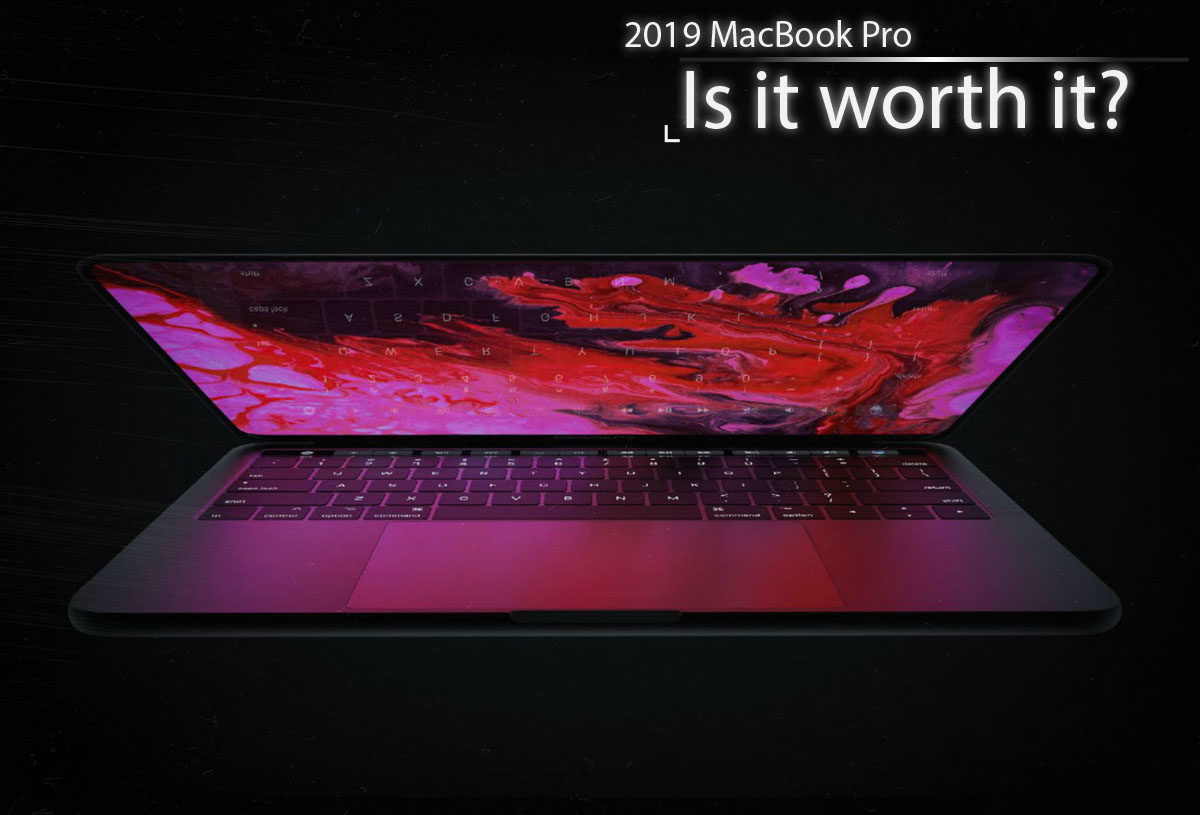 I love it. It’s well built, much lighter than my 2013 15″, and a lot easier to carry around as well. On account of it’s size and weight, finding a spot to plonk it down and begin working isn’t that huge of an issue, in fact it’s quite comfortable. From working on my desk, to shows on Hulu in my bed is really easy too.

The keyboard feels fantastic to type on and are definitely much softer. The Trackpad’s HUGE but it hasn’t caused any accidental clicks/scrolls/swipes so far, and still retains Apple’s high end trackpad quality.

The Touch Bar .. While working with Adobe apps, not having a physical Escape key took some time to get used to (I’ve accidentally loaded a command on the Touch Bar a few times while trying to press the delete key).However, I don’t feel it’s going bother me in the long run, but it was quite irritating the first couple days.

Now lets talk audio because the sound on this thing is great. I was initially really surprised by it’s volume, comparing it to my previous MacBook, and it’s definitely a lot more full sound which is awesome for Spotify and movies.

I do miss the MagSafe though.

I was initially quite skeptical of the Touch Bar, but have now fallen in love with it. It functions quite well with apps that support Touch Bar features, however there seems to an overall lack of app support for it which is disappointing

Overall, I like it, and don’t miss my function keys.

A SNAPSHOT OF MY DAY

Startups/Restarts, opening/closing apps, and switching between desktops are fast without any lag. Such a great upgrade, I must say it again.

I carry my laptop to work and back home everyday and the weight is no problem. It’s a little heavier than other laptops but feels balanced inside of a backpack or laptop case.

The cooling system inside of the 2018 MacBook pro seems to work just fine as my temperatures stayed cool and quiet.

As I said before, Illustrator, Photoshop, and InDesign are the applications I use for work and it’s definitely a step-up from my old laptop. As an example, I have a file which took 3-4 minutes to open up on the old MacBook Pro, and dragging items around the art-boards would heavily lag the machine. Some times Photoshop would crash when I try to click on an object; not fun!

Working on intense projects would trigger the fans, but it’s definitely much quieter than any previous computer I have owned.

In contrast to my 2013 15″ MacBook Pro, it’s a lot lighter and feels much thinner. The portability is a awesome, the battery life is fantastic and the screen looks sharp.

As a standalone device, it runs great for my workflow and basic internet-needs.