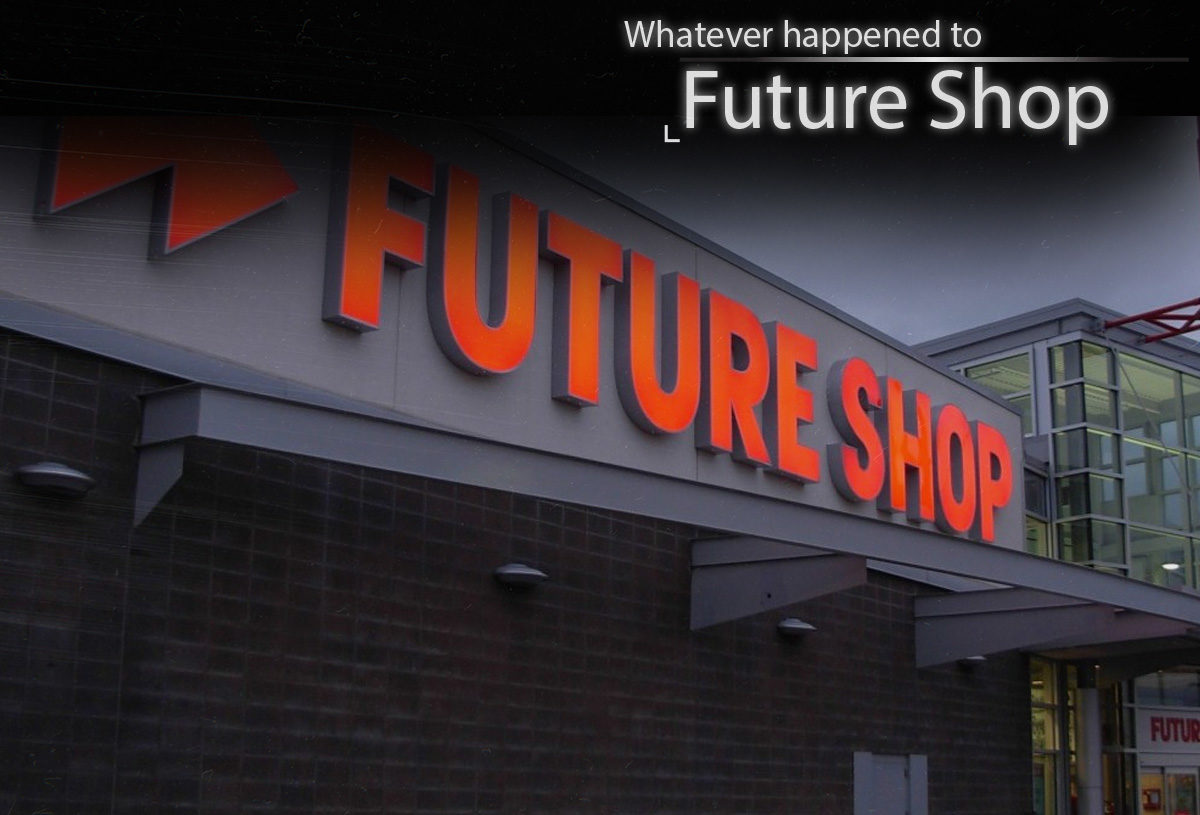 At one point, Future Shop was a household name for Canadians and the go to place when you wanted to acquire the latest tech. These stores were everywhere in Canada and featured a full commission sales team to assist you with your purchases. The commission aspect of Future Shop was a turnoff to some customers but it also meant that if you were going to survive as an employee of Future Shop, you needed to be educated about the products. However, the year is 2019 and Future Shop is a distant memory for Canadians as it was bought out by Best Buy in 2015, laying off all Future Shop employees in the process.

Why did Future Shop close and what lead to the demise of this iconic Canadian brand. This article will help to explain the culture of Future Shop and why Best Buy Canada eventually took over.

What was Future Shop?

Future Shop was the most popular Canadian electronics store from 2001-2015. With locations in every province, it was a national business that paid commission to it’s employees. During the early to mid millennium commission pay structures were much more common compared to a store in 2019 which has to compete with an educated customer and vast online competition.

Future Shop started to feel the pressure of the E-Commerce world as they introduced a price match policy that allowed customers to match any price of a product that was in stock online and sold in Canada. This was fantastic for the end customer as they were able to scrape the web for the lowest price, but this was a huge pay cut for the commission based work force. Employees were paid based on an algorithm that factored in margin, product cost and services added to calculate commission payouts. Once the prices were being slashed and matched so aggressively, this cut deeply into the pockets of the employees and their customer service suffered.

The beginning of the end.

Once the commission started to suffer, so did the customer service provided by the employees. Outside companies such as Samsung or Apple offered vendor backed promotions that would give a kickback on certain products sold. This kick back was a separate payout from the Future Shop commission structure, so employees were happy to sell these products at any cost. However, this ideology that price matching would benefit the customer in a commission based shark tank was false. Future Shop employees started to only target customers who were interested in buying these vendor funded kickbacks and would ignore what they deemed lower tier customers. A customer who once was treated with a fulfilling customer experience no matter what their buying habits was now ignored. This was just the climate of the market and commission sales jobs weren’t viable at this scale anymore; things needed to change or big box electronic stores might have folded in Canada. This is when Best Buy came into the picture and took over.

The battle of big box retail had begun, however it was a false battle. Best Buy had actually acquired Future Shop long before they re-branded it to Best Buy Canada but they were split testing business models to see if Future Shop was worth keeping around. They began opening up Best Buy Canada stores within a block of Future Shop locations which appeared to be an attempt to directly test the customers response to both styles of big box retail. The results quickly spoke for themselves – the non commission, low pressure style at Best Buy was actually outperforming the seasoned crew of sales people at Future Shop. Best Buy Canada employees were selling warranty, higher margin products and in house service that the commission team couldn’t beat.

It appeared that Future Shops time had come and death was just around the corner. In 2015 Best Buy Canada officially converted all Future Shop locations into Best Buy stores. All previous Future Shop employees were laid off and new management was brought in. The end of an era had come and another iconic Canadian business was added to the graveyard.